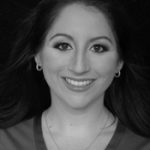 Nicole Aravena started dancing 22 years ago at Dance Dimensions in Brookfield, Connecticut under the direction of Beverly Legge. She was the winner of many dance titles and high scores regionally and nationally including Teen Dancer of the Year Connecticut 1995, Teen Dancer of the Year Massachusetts 1996 and Miss Dancer of the Year Connecticut 1999. At the age of 16, she decided to head to the Big Apple to attend school. Nicole is a graduate of the NYC High School of Performing Arts (the FAME School). During high school, she was a member of the 1999 United States of America National Tap Team and traveled to Reisa, Germany to compete in the World Cup. The U.S.A. team ranked 2nd and Nicole ranked 15th in the world as a soloist that year. When the team got back to the United States, they were invited to the Town Hall Theater to perform amongst such greats as Buster Brown, Ted Levy, and Brenda Buffalino in the “Night of Choreographers”. Nicole performed in plays such as Wizard of Oz, Evita, and Gypsy at the Strand Theater. In addition she performed in a workshop production of “A Chorus Line” as a swing at Carnegie Hall. She also performed in the world premier of Footloose.

After graduating high school, Nicole studied drama at William Espers Studio in Manhattan, one of the most prestigious studios in New York City. While at the drama school, she judged both regional and national dance and talent competitions. Nicole was also a soloist member of the Peggy Spina Tap Company; a solo tap dancer for the Cincinnati Pops Orchestra performance of “Talk to the Animals” as well as the choreographer of the hit off Broadway shows “Broadway Baby”, starring Jessica Leschnauer. Nicole started her teaching career at dance schools in Connecticut, New York, and New Jersey. Some of her students were national competition winners. She then went on to teach at the world-renowned Broadway Dance Center with Germaine Salsberg, her tap mentor. There she discovered her true love, teaching children to dance. Nicole is now the proud owner/director of the Seven Star School of Performing Arts in Brewster, NY and Danbury, CT. She is also the director of the Seven Star Dance Company, which won numerous awards in the past two years. 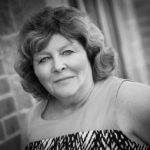