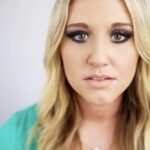 Kayla Borsari Shaw is a native of Southbury, Connecticut. Her passion for dance started early when she entered the competitive world at the age of 5. Well versed in all styles of dance, Kayla grew up training in diverse creative atmospheres. During her years as a competitive dancer, Kayla received many 1st place overall and National title recognitions. Her passion led her to focus on dance and choreography as she attended, on scholarship, The University of the Arts in Philadelphia, PA, where she earned her Bachelors of Fine Arts Degree.

After college graduation in 2013, Kayla made teaching and choreographing throughout the tri-state area her full time job.  She was awarded choreography awards at competitions such as National Dance Showcase and Star Power National Finals.

In 2014, Kayla relocated to Los Angeles, California.  She performed as a member of five professional dance companies, including Jason Janas’ professional tap company Co.Mmit where she was one of its original members.  Co.Mmit debuted its very own 25 Live Show at Dancerpalooza in 2017. The company opened Jason’s self choreographed and directed show “Unvery’d” in July 2018 which was also performed at the American Tap Festival in San Diego. Kayla performed and choreographed for Los Angeles based company, LA Unbound, an organization of dancers and choreographers of all dance styles collaborating to create unique performances.  Kayla has performed in plays at The Next Stage Theater in Hollywood, CA in addition to other dance and acting commercial work, as well as appearing in several music videos with Universal Records.  She’s had the privilege of dancing at venues such as the Staples Center and Madison Square Garden, opening for headliners Jennifer Lopez and Pitbull.

In addition to performing, Kayla has always been a natural leader and teacher.  It brings her great joy to share her love for dance with her students.  She was an instructor and choreographer at various studios in the Los Angeles area, including Elite Dance and Performing Arts Center, Gaari Dance Studio, where she had the opportunity to teach dance in the Burbank United School District, and Los Angeles Dance Academy where she was the director of their competition academy. Kayla is the co-director of Nocturna Entertainment, a variety nightlife performance company.

In 2021, Kayla and her husband Kyle made the decision to relocate.  Moving back to the east coast to be closer to family and having the opportunity to return to her dance home at Seven Star School of  Performing Arts is a dream come true.  Kayla is thrilled to be able to do what she’s most passionate about and hopes to continue to share her artistry with the world. 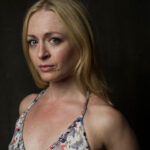 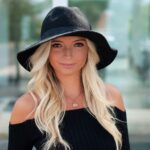