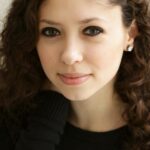 Montana graduated from The University of the Arts, in Philadelphia, Pennsylvania, in May 2018 with a BFA with Honors in Dance. She performed in works by Douglas Becker, Meredith Rainey, Tania Isaacs, Thaddeus and Tanya Davis, Milton Myers, Nora Gibson, Sidra Bell, Jesse Zaritt and Anne White, and Robert Burden. She was trained locally at Step by Step, in Cornwall, and the Darlene Wilson Institute of Dance, in Newburgh. She was a part of Orange County Ballet Theatre and performed annually in The Nutcracker and their spring performances, with repertoire including Swan Lake, Pas De Quatre, Le Corsaire and La Bayadére. With Step by Step, Montana has performed at Lincoln Center, Carnegie Hall, the Kennedy Center and several international festivals in England, Scotland, Spain, Italy and Greece. She has been a choreographer for Step It Up’s Summer Stage, for productions of Hairspray, Shrek The Musical, School of Rock, The Addams Family, Guys and Dolls, and Chicago- High School Edition, in which she performed as Kitty and a featured dancer. In the summer of 2022, she was stage manager and Sister Temple in Theatre on Main Street’s production of Orpheus Descending. This December, she will be choreographing and appearing in Theatre on Main Street’s production of the 2012 revival of Godspell, as Judas. 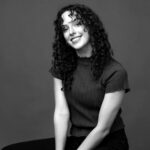