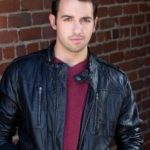 Nick Anthony is an American artist, entrepreneur, and educator most well known as a professional dancer, choreographer, teacher, and actor. Originally from Southampton, Massachusetts, he grew up dancing, singing, and acting from the early age of 3. He studied at his mom and aunt’s dance school, The Hackworth School of Performing Arts, which was started by Nick’s great grandfather Gerrard Geoffrey in 1934, then called The Geoffrey School.

Upon graduating high school in 2006, Nick attended Quinnipiac University in Hamden, CT to study Entrepreneurship, Small Business Management, and Music. Throughout college, Nick continued to dance, choreograph, teach, sing, and act. By the end of his junior year, he realized he wanted to continue these things professionally. Once he achieved his B.S. degree in 2010, he decided to relocate to Los Angeles to go after his dream of a career in the entertainment industry. Shortly following his move in 2011, Nick was able to lock down artistic representation and since then has worked with some of today’s best dancers, choreographers, actors, directors, and educators in the industry.

As a performer, Nick works as a dancer, actor, singer, and model and his credits span from film, tv, and music videos to commercials, web/internet shows, and live stage performances/shows. As a choreographer and teacher, Nick specializes in hip hop, contemporary, and acro. Being a fourth generation dancer and having grown up in a studio, however, has allowed him to gain an extensive education in all genres of dance. This has enabled him to create his very own versatile and eclectic style of movement over the years. Since starting to choreograph and teach on his own at the age of 14, Nick has traveled the country, as well as parts of Canada and Central America, to work with studios, workshops, conventions, and students of all ages and levels, both in the classroom and on stage.

He has set work for the NBA’s D-League dance teams, as well as at several top competition studios on both coasts of the U.S. and has consistently received extremely high recognition, scores, & praise for what he does. Nick was also a contributing choreographer for the dance documentary film “Movement One” and was a featured choreographer for Candy Apples Dance Center on Season 3 of Lifetime’s hit television show “Dance Moms.” Most recently Nick worked alongside creative director/choreographer Anze Skrube as his assistant in helping to create youtube and violin sensation, Lindsey Stirling’s, “Shatter Me” world tour, which is currently on the road for their US & European dates. Today, Nick continues to travel on a regular basis to perform, choreograph, teach, judge, and host.

He hopes to inspire, educate, and entertain as many aspiring young artists as he can by sharing his work, knowledge, experiences, and passion. When not on the road, Nick auditions and works in LA as much as possible. Whether it be as an artist, entrepreneur, or educator, Nick is always trying to find and/or create work opportunities for himself and get involved in as many projects as he can, not only on the creative side of things, but on the business side as well. He has worked as a project manager for Travis Wall, Nick Lazzarini, Kyle Robinson, and Teddy Forance’s dance company “Shaping Sound” and he has also served as the Executive Director for the Generation IV Dance summer workshop based out of MA.

He currently has several of his own entertainment projects in development as well. When not working as a self-made entrepreneur on these projects, Nick continues to stay busy as a resident teacher at Liv’ Art Studios and Relevé Studios in Los Angeles and is a frequent sub at Independence Dance Company and the world renowned Millennium Dance Complex. He is also a faculty member for what has become one of the most highly anticipated and exclusive dance intensives held in the country each summer, Generation IV Dance, which is an event he actually had a big hand in helping to create when he served as the Executive Director for the first few years of the company’s existence. 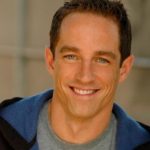 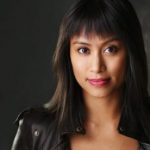