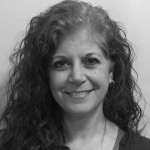 Carol Jendras, parent of 3 (Taylor, Joe, and Kayla), and Seven Stars Mom since the studio’s grand opening almost 15 years ago, has happily joined the faculty of the Seven Stars School, as one of our voice teachers. She will be teaching our Thursday evening students.

Carol has an extensive background in music and the arts. She began taking classical piano lessons at the age of 6, and was involved in every choral concert/play/show that was available to her through high school. She played Sarah Brown in her high school senior year production of Guys and Dolls, and was a piano soloist annually during those weekend musical performances. She accompanied local school musicals in the Bronx at that time as well.

During a brief leave of absence from college at Fordham University, she worked teaching piano and voice to be able to buy herself a baby grand piano at the age of 18. She studied under professional musicians in NYC before continuing her college education at New York University, receiving a B.S. degree in Music Education (magna cum laude). During that time, Carol studied piano, music composition, and voice with professionals including Profs. Ron Sadoff, Richard Sorce, and John Kuhn. She did her student teaching at Pleasantville Middle School and the Little Red Schoolhouse in Greenwich Village. During her years in NYC and beyond, Carol subscribed to the New York Philharmonic, and did not miss a show in those series for 6 years.

After graduating, Carol worked in various elementary schools, teaching after-school musical theater programs and music & movement classes to toddlers. She worked as a vocal and piano coach for up to 22 private students (ages 3 – 43), while affiliated with the Westchester Acting Studio. She got involved in 2 scholarship pageants as well during those years. After this time period, when Carol got into a completely different career, she has never lost sight of her music, nor its place in her life or her family’s. Her children would often be the ones to tell her to lower the music at home. Whether singing/playing piano with friends and family, in her own solitude, or just blasting her favorites throughout the house, Carol’s life is fulfilled most by her love of music, and witnessing that love, which has been instilled in her children. She is thrilled to get back into this, even in a small way, and hopes to make a big impact on the students she works with. 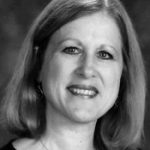 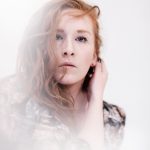