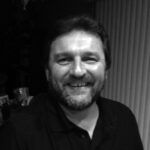 Dan L. Sas was the founder, ballet master, director, and choreographer of SAS School of Dance. He taught all levels of ballet in the Russian Vaganova method, Pas des Deux, and Character dance. Dan was born in Baia Mare, Romania, to parents who were both folklore dancers. His mom was a gymnast (who was chosen to compete on the Romanian Olympic team in the 1950s) and his dad was a musician. Dan left home at 9 years old to enroll in the School of Choreography in Cluj, Romania. After 9 years of dedication and hard work, where he studied ballet and academics, Dan graduated in 1978. He served 18 months in the Romanian military and then pursued his career as a ballet dancer.

Dan was hired by the Romanian Opera House in Cluj, Romania. After only 6 months, he was advanced to Soloist and then Principal dancer. For the next 15 years, Dan performed for the Opera House as Principal dancer in performances throughout Eastern and Western Europe, Russia, Canada, and in the United States. While performing for the Opera House, Dan also taught ballet at the School of Choreography in Cluj. He choreographed and directed performances for this school, as well as performing for the National Opera house. Dan was the first choreographer in Romania to produce Ballet Don Quixote with only students. Dan continued this tradition at his own school in New Fairfield, CT, where he produced annual performances each year with excerpts from famous ballets.

Dan teaches master classes for the Connecticut Ballet Company in Stamford, CT., and was a Judge for Celebration Talent Competition, a regional and national dance competition organization. Dan was ballet master and choreographer for The Conservatory of Dance in Wilton, CT, and he taught Russian Vaganova character dance and classical ballet at The Hartt School, Hartford University in Hartford, CT. Dan lives in New Fairfield, CT, with his wife Maria, and has three children Julia, Daniel, and Dana with her husband Andreas and their son Aris. Dan is pursuing his lifelong dream of teaching, choreographing and inspiring students in the art of dance. 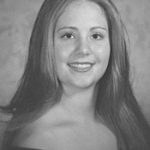 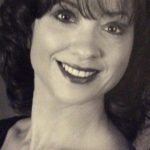